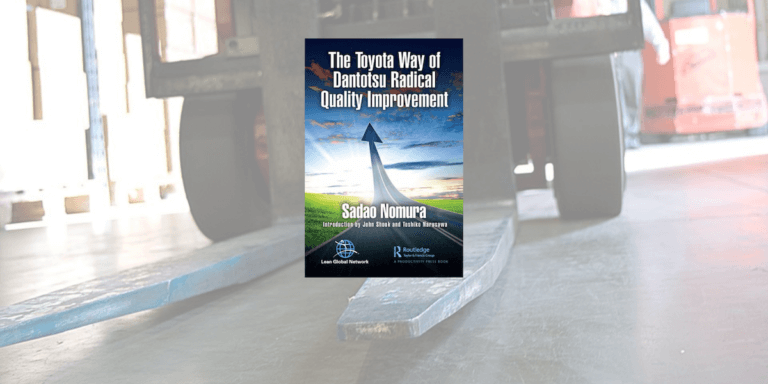 The Toyota approach to quality has its origins in the founding of the Toyoda group of companies in the late 19th century by Sakichi Toyoda (1867-1930). Sakichi, who is as known in Japan as perhaps Eli Whitney in the US or even James Watt in the UK, was bitten by the inventor’s bug at a time when he was struggling to follow in his father’s footsteps as a carpenter.

Sakichi got a patent for his Jidoka invention in the early 1900s, an important milestone but just one step in over three decades of tireless efforts to attain his goal of producing the world’s best loom, which he introduced to global acclaim in 1924. Sakichi was sparked by two inspirations. The first one was personal, with images of his mother and other women weavers in his hometown (in Japan’s current Shizuoka Prefecture) struggling at their hand-operated wooden looms. The other, more immediate inspiration came from Japanese government policies that aimed to encourage local invention in order to compete in a global economic and politics environment in which Japan appeared to be hopelessly behind.

Over the years, Sakichi founded a few companies. One of them is Toyota Industries Corporation (TICO),  from which Toyota Motor Corporation was spun off in 1937. Today, TICO is the parent of the TOYOTA Material Handling Group, widely known as the Toyota Logistics & Forklift Company (TL&F). So, it is only fitting for TL&F to be ground zero for the most important advances in quality improvement since the Deming-inspired quality improvements of the post-WWII Japanese economic miracle.

Achieving perfect quality that is built in – not reworked upon later inspection – is one of the two basic purposes of Jidoka (the other being respect for people). This is the type of activity that should permeate the heart of your production system, much like it does TPS. Not surprisingly, there is a lot we can learn from TL&F about it.

This curious word “Jidoka” can cause confusion even in Japan because it is a made-up Toyota term (a Japanese portmanteau) based on the Japanese word and kanji for automation. The work of a machine – or the function of any technology – should be separated from the work of humans, with assurance made that machines or any automation should work for humans, not the other way around. This respect for humanity, and this way of thinking about the design of work, is the foundation of all work at all Toyota companies. 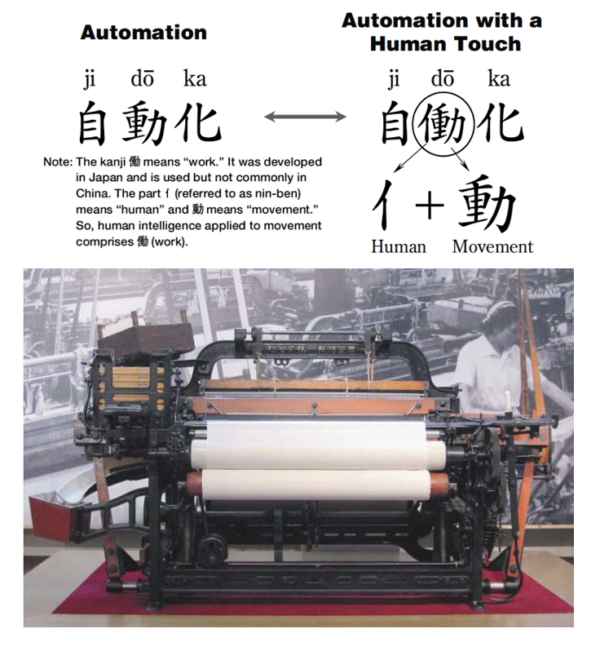 Following Jidoka, a second Japanese concept has been appropriated that constitutes the core concept of the 21st-century production system of the Toyota Logistics & Forklift Company. Dantotsu is a colloquialism that means something like “extreme” (think “Extreme Programming”) or “awesome” or “radical”. So, Dantotsu quality is quality performance that is extremely better: Radical Quality Improvement.

The Lean Global Network and Taylor & Francis just co-published a book on this very topic – The Toyota Way of Dantotsu Radical Quality Improvement. The author of the book and progenitor of the story – Sadao Nomura – could almost be a latter-day W. Edwards Deming. Over a period of almost 10 years, Nomura led TL&F through a series of activities and discoveries that radically raised the quality level of their products and, more importantly for us, along the way instituted a process that is replicable by any manufacturer. The process is replicable only with diligence and persistence along a journey of extreme quality improvement that begins with cutting in-process defects (reduced at TL&F by 98%!), putting the brakes on customer claims (reduced at TL&F by 93%!), and instituting upstream design engineering processes to prevent defects from occurring in the first place.

Nomura began his work with TL&F upon request in 2006, following a career with Toyota Motor Corporation that spanned more than four decades during which he held a wider-than-usual array of responsibilities – from manufacturing to quality assurance to support for suppliers and global operations. Notably at the Motomachi Plant, Nomura-sensei promoted development of key quality and productivity performance improvement processes that led to best-ever new vehicle launch performance with full-scale production volume stability attained in the first month of production for Toyota’s best-selling sixth generation Mark II (known in some markets as the Cressida) mid-size passenger car.

The principles and methods introduced by Nomura led directly to remarkable quality improvement inside one of the world’s best quality manufacturers. Nomura-sensei and TL&F proved that even the best can get better. As they did, you also can get radically better by following the steps laid out in painstaking detail in his remarkable book.