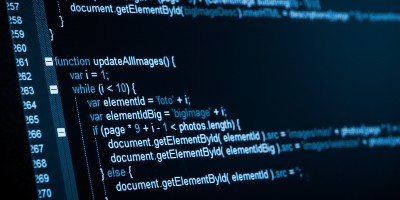 A couple of weeks ago, I was attending a Kaizen workshop that focused on reducing the lead-time for delivering a batch of software features to our customer.

At Sipios, we design and code websites serving organizations in the financial sector. For this specific customer, our team would deliver features to end-users on a weekly basis. The delivery process starts on Thursdays at 12PM, with an expected lead-time of 3 days. However, for the last few deliveries, it ended up taking around twice as long, causing major issues for both our customer and our teams:

The reason for this extended lead-time was quality defects, called bugs in our industry. Not only were there many of them, but I was also surprised to see that teams were not prioritizing fixing and learning from those defects and often preferred working on upcoming features.

That Kaizen session hit me hard, as it helped me realize that, as a CTO, I was not creating a culture of “Quality First” in the company.

Coincidentally, I had just heard about Sadao Nomura and his Dantotsu method, the radical approach to quality improvement described in his book The Toyota Way of Dantotsu Radical Quality Improvement. Dantotsu allowed Nomura-san to achieve exceptional results in all the Toyota Material Handling factories he supported.

For us in the digital industry, the Dantotsu approach can be compared to Extreme Programming, a set of techniques used to achieve low levels of defects when writing software. As I read Nomura’s book, I got increasingly enthusiastic at the prospect of trying this method at Sipios.

In this article, I’d like to share the main lessons I learned from reading the book and how, in my mind, these can apply to the tech industry.

Simply speaking, applying Nomura’s 8-step method means to take every quality defect occurring in manufacturing through a full PDCA cycle in just 24 hours. As Nomura-san says: “Speed is the key.” In practice, this means that to fix a problem, root-cause analysis has to be performed, the identified countermeasure deployed, and horizontal deployment initiated swiftly through collaboration with the Quality Assurance function.

This is very different to the typical approach that exists in the tech industry, in which:

To visualize defects, targets as well as defect-related problem solving exercises, Nomura-san puts a lot of emphasis on visual management. This is to be expected in a lean book, but two elements really struck me. First of all, the fact that the computers are not allowed and defects are always analyzed physically, notably on a Quality Management board. Secondly, the way defects are divided into two categories – those coming from manufacturing and those coming from the technical department.

Once again, the tech industry does this in a very different way:

A challenge Nomura-san faced was defect prevention at a time when production of a new forklift model began. At this point in the book, one would assume that quality is always the priority, regardless of deadlines. Instead, Nomura explains how launching mass production of a new model should take 24 months and that the deadline cannot be missed.

The described strategy to achieve this focuses on prevention, to avoid as much as possible detecting defects during mass production or, worse, when the vehicle reaches the market and is in the hands of the end-user.

Nomura introduced Simultaneous Engineering Manuals (SE Manuals) for incorporating learnings from previously introduced models (VA/VE), including manufacturing constraints. This allowed the teams he supported to catch more and more defects at the design stage of the new model.

In the tech industry, too, many defects are only found once a new website is released. They are usually the same type of defect for each new website launch: servers not properly configured, missing edge cases due to rushing the work to meet a deadline, or failing to handle a high-than-expected number of end users visiting the website.

The application of SE Manual is not easy to translate into measures we can adopt in the tech industry, but if we look at VA/VE we can say we should focus on:

In conclusion, I consider Nomura’s method a game changer. It teaches us that there is no shortcut to reach high levels of quality. As a CTO, this makes me want to raise the quality bar in the whole tech industry, where bugs are viewed as unavoidable time wasters. “Zero bugs” is the true way to go!

My team and I have already started to build visual management to try out Dantotsu at Sipios. I am hoping to be able to write a follow-up article soon to share with you the results we are trying to achieve.