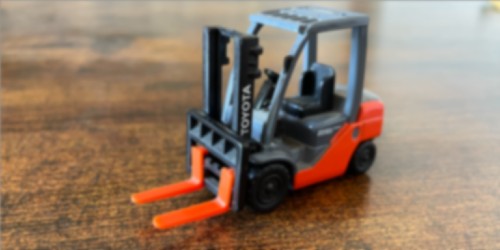 INTERVIEW – The former executive of the Toyota Material Handling plant in Italy reflects on how Sadao Nomura’s “Dantotsu” method helped them to drastically improve quality.

Roberto Priolo: Stefano, you were a senior executive at the Toyota Material Handling plant in Italy when Sadao Nomura was asked to help the group’s sites to improve their quality. Can you tell us what his goal was exactly?

Stefano Cortiglioni: The President of Toyota Material Handling had given Nomura-san the responsibility to radically improve quality in the group’s production sites around the world. The trend was positive, overall, but it fluctuated and didn’t measure up to what was expected of the Toyota brand.

An additional problem was that, outside of Japan, there were only two TMH sites that were green fields. The rest, including our plant, were acquisitions – with the resulting difficulty of having to bring change to a culture that is different to Toyota’s. Nomura’s Dantotsu project aimed to make Toyota Material Handling the “undisputed number one” in quality – a much bigger goal than simple quality improvement, really.

I must admit that, at first, we were quite sceptical: Nomura’s approach to quality seemed to be very different to ours. Sure enough, he ended up changing many of our practices.

RP: What were the main changes Nomura-san introduced with his Dantotsu approach?

SC: We started by simply measuring three KPIs: what we pay out in warranties, the number of non-conformities reaching the client, and the amount of right-first-time. Nomura immediately put a lot of emphasis on daily management (“Speed is the key,” was his motto): you can’t wait until the end of the month to track your quality performance; you have to be on top of every single problem that appears as soon as it appears.

The Asaichi morning meeting was one of the first changes we introduced. It was a completely different approach, based on the idea that the quality results you see at the end of the month are built day after day. So, we started to gather data and track problems on a daily basis. The meeting took place on the production floor, in the presence of the CEO (a very important point). It lasted exactly 15 minutes, with everyone standing. This left no time for blaming or finger-pointing and forced everyone to just focus on discussing problems.

My role as Director became to smooth things out whenever conflicts arose, to orient people towards problem-solving, and never to interpret the list of detected issues as a way to tell who is good and who is bad at their jobs.

Nomura-san accompanied us through the eight steps of his approach to quality improvement. From the very beginning, he encouraged us to embrace standards (without them, there can be no kaizen). When we started to investigate the 4Ms, it was normal for us to start with Man. However, it only took a few visits to operators at their workstations with Nomura-san for us to understand that we were neglecting the other three (Method, for example, when it became clear that we didn’t always have standards in place).

With Nomura, we also restructured our way of doing PDCA, breaking the cycle down into deadlines and explicitly assigning each piece of improvement work to one person – to ensure intervention happened in a timely fashion and that people felt fully invested.

Finally, the leader of the Asaichi meeting was the department head. The person who was traditionally seen as the “victim of the system” became the internal client the company had to solve problems for.

The categorization of defects was another great contribution of Nomura’s (A, B, C and D defects). It made us more cognizant of the defects that reached our clients and improved our ability to filter out defects in our quality assurance stations and to control our processes. Once people understood this model, the one Asaichi board we used to track defects considerably grew in size. Nomura always emphasized the importance of visual management (he often told me: “I need to understand the business without you having to explain it to me”).

RP: At what point did you engage with suppliers?

SC: Before asking anyone else to change, we wanted to have our processes under control and familiarize ourselves with Nomura’s method. Once we did, we reached out to our suppliers, offering them the same training we had received. When, after a few months, the first dramatic drops in the number of defects were recorded, even the most doubtful among them  came on board. Today, they would never go back to the previous way of working!

RP: Many of the ideas and practices that Nomura-san introduced sound quite simple, which isn’t to say that they were easy to introduce. This seems to happen quite often with Toyota, don’t you think?

SC: Toyota is simple! It is so simple that sometimes we struggle to understand it. What makes Toyota’s principles and ideas challenging to apply is the discipline they require. Too many companies (including our own CESAB, before the acquisition by Toyota Material Handling) still have a culture of “Who is wrong?”, whereas Toyota has a culture of “What is wrong?”. Thinking about raising problems is impossible, if the predominant culture is one of blame.

Not engaging people in the definition and improvement of the work is the worst thing you can do. They need to know they are always able to improve things, that they are valued by the business, and that their contribution goes beyond their job itself. With my Japanese colleagues, the difference was often this: it’s easier to complain about others than to fix your own mess, but the success of a company – and certainly of Toyota – comes from several small, simple improvements that combine to create a superior organization.

RP: What was it like to work with Nomura-san on a personal level?

SC: Nomura-san is a person of extraordinary knowledge and experience. He remembered everyone and everything and had a very clear understanding of how our business works.

Despite his great experience, however, we never felt judged. CESAB was an acquisition, and some expected an authoritative figure like Nomura would come in and simply tell us what to do. He never did (even though he knew). Instead, he accompanied us as we figured it out. He never undermined by role as Director, either. In fact, he wanted me to be the one introducing the changes, because he knew there was the only way they would stick.

One of my favourite memories of my time with Nomura is the two weeks I spent with him at Toyota in Japan. He put me next to the line for eight hours a day, asking me to identify any potential for kaizen I saw. Those two weeks spent on the floor with my helmet, safety shoes, pen, notepad, and stopwatch were some of the best professional learning I have ever had. There is no slide, presentation or explanation that can give you the same understanding of how a system works.

RP: What are the lessons you have learned from Nomura?

SC: Before Nomura’s visits, we used to prepare everything so that the site would appear at its best, but he noticed the window-dressing right away. Two-three visits in, we realized that there was no point in hiding the dust under the carpets, because he already knew it was there. Whenever a problem occurred, Nomura taught us to track it back through the process to understand where it originated from and why it wasn’t detected. We’d bounce around the site until we got to the bottom of it. To him, it wasn’t about the error, but about the resilience and solidity of the system.

Another important lesson I learned from Nomura was that, when it comes to quality, you can never start too early. Nomura believes in integrating the work of Production with that of Engineering. He wanted people to be able to learn from their mistakes and thought it was absurd that the experience of one technical team with a defect should not be made available to everyone else (indeed, his piece de resistance was the Simultaneous Engineering manual). The time we spent on product development, design reviews, and so on, was meant to help us highlight problems at the very beginning, rather than only finding out about them after production was complete. To Nomura, it was critical to collaborate with R&D from the get-go and find the time to improve the product early on.

Another fundamental lesson he taught us was the relationship with suppliers, which should be seen as partners and shown commitment from the company into the middle- to long-term. Everyone wants cost savings, but to switch suppliers as soon as the pricing dictates it is ultimately counterproductive. Nomura taught us that a relationship based on trust is preferable and that it is much better to work with a supplier to help them regain or retain their competitiveness than to simply jump ship when things get tough. He asked us to invest a lot of time and energy (in the form of training, for example) in our suppliers, which paid off immensely: we taught them our way of doing things, which in turn meant that they started to go after every single defect themselves to understand their root cause. To Nomura, losing a supplier meant more than just losing a product; it meant losing a culture, a relationship, a way of working.

RP: What were the results of the Dantotsu project for TMH Italy?

SC: Nomura helped us to find ways to do more with less, by leveraging our kaizen capabilities and without any additional investment. His contribution proved fundamental for us, not only in terms of the extraordinary results detailed in the book. Before his time with us, we had been working as CESAB and only after Nomura’s intervention were we able to operate under the name Toyota Material Handling. Once we did, within a few years our volumes grew threefold!

RP: The approach Nomura describes in his book is, at least in theory, replicable. What are your recommendations to those who are thinking about introducing the Dantotsu method in their own operations?

SC: A common problem organizations face is lack of leadership commitment. CEOs who participate in the kick-off event and then disappear won’t be of much help. Instead, they need to participate in the morning meetings, talk to operators and listen to them. Without this, the Dantotsu method (or any other improvement activity for that matter) has no chance of succeeding.

I’d also recommend three concepts that have always been very dear to Nomura when it comes to tackling problems and improving the system: speed, consistency, and perseverance.

Finally, there is another dynamic typical of Western organizations that we must move past if we are to benefit from Nomura’s method: focusing on the macro dimension of problems without thinking about the details. In Japanese culture, and certainly at Toyota, it is the contribution of the individual that makes for the success of the system.