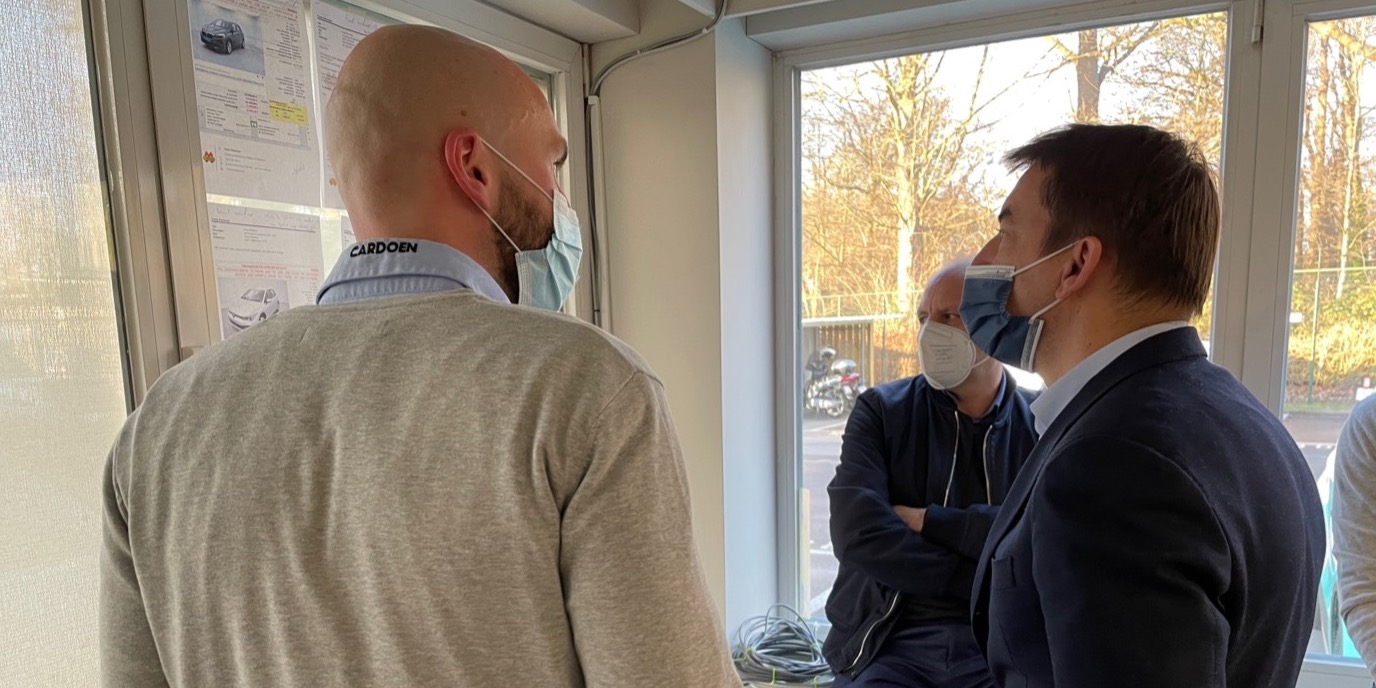 Pick any lean tool. What do you intend with it? Take Just-in-Time, for example. Do you mean to use it to control the amount of inventory you have in your supply chain or to make sure the different parts of the chain cooperate better with each other?

Take time study at a workstation: with it, do you intend to check that the operator is following the standardized work exactly or do you wish to have a conversation with them about their difficulties with the work and the ideas on how to make the job easier?

Don’t dismiss this question too quickly. Kiichiro Toyoda formulated the concept of Just-in-Time as he set out to realize his belief that “the ideal conditions for making things are created when machines, facilities, and people work together to add value without generating any waste.” He conceived methodologies and techniques for seeing waste between lines and processes so that people could collaborate in eliminating it.

Similarly, the andon’s stop-and-call at the sight of an abnormality starts with a check of the standard work. This is not meant to control that the person correctly “follows” standards, but to check there is a common understanding of the standard. This is why lean thinks in terms of loss functions and boundary conditions: “OK or not-OK” is not about someone doing something in the right or wrong way, but about ensure there exists a shared understanding of what is normal vs what is abnormal. This fundamental insight turns the hierarchy from a chain of command to a chain of help – and is a true source of cost reduction, as it progressively eliminates defects and rework.

The origins of management theory are often traced back to Frederick Taylor’s “scientific management”, which aimed to replace every rule-of-thumb practice with “scientifically” determined work instructions. Engineers would observe the work, determine the “one best way” and then ensure worker compliance with these work methods. In the 1920s, this subordination of the people who do the work to the people who design it was further reinforced by the managerial adoption of Weber’s theories on bureaucracy: the vertical chains of command-and-control, punish-or-reward, and promote those who dutifully follow instructions and procedures. Subordination theory (you accept to obey instructions, follow procedures, and be punished or rewarded by your manager for pay) developed the twin components of technocracy (experts design the best system, the rest implement) and bureaucracy (executives give instructions in silos, the rest comply and report). This model became completely dominant from the 1970s onwards, prompted by Milton Friedman’s exhortation for business to only focus on making profits and activist funds’ obsession with controlling executive behavior through outsized financial incentives.

However, at that time, the mainstream view of the firm was Chester Barnard’s looser theory of cooperation. In this approach, the main role of the executive is not to ensure subordination, but to coordinate people’s efforts towards achieving a common goal. This means prioritizing the communication system over the formal organization and securing essential services from members according to their own aims and demands. The set-up should balance effectiveness (getting the job done at lowest cost) with efficiency (making sure the unintended consequences of getting the job done would not become overwhelming by ensuring that each participant finds their own personal benefit in participating).

All but forgotten now, Barnard was very influential in management circles in the 1940s. He is seen as the first proponent of a general theory of collective action and a key influence on Fritz Roethlisberger at Harvard and John Dickson of Hawthorne Studies fame. Barnard was also a mentor to Herbert Simon, a key architect of post-war organization theory. Barnard saw organizations as systems of cooperation depending on the willingness of subordinates to accept the authority of their supervisors, according to the meaning and personal benefits they saw in cooperating with the collective effort.

The cooperative approach was dominant throughout the war years and is obvious in the construction of the great post-war multinational concerns, both public and private. In this perspective, it seems self-evident that the interests of each party must be considered by the whole in order to keep people wanting to be involved, not just forced to do so. In the lean field, cooperation for instance is very visible in the Training Within Industry wartime programs of job instructions, job methods and job relations. Supervisors were rapidly trained to run war industry workshop by teaching them how to better collaborate with workers in their charge.

Yet, in the 1960s, at a time of absolute world domination of US businesses, subordination came to the forefront. Peter Drucker was inspired by General Motor’s manage-by-the-numbers approach to formulate his management by objectives theory (still alive and well today in the form of Objectives and Key Results, etc.). Early Boston Consulting Group and Bain consultants would rationalize business lines to focus – scientifically – on the most profitable products exclusively.  Later, activist investors became obsessed with agency theory: how to make sure the CEO would work exclusively for shareholders and not for her own benefit, or that of other stakeholders. The answer to that problem was outsized bonuses for CEOs based on shareholder value.  Power loves subordination – it’s simple and reassuring. The downside is that it leads to poor outcomes overall, as we can see by the steady fall of company performance measured by Return on Assets: