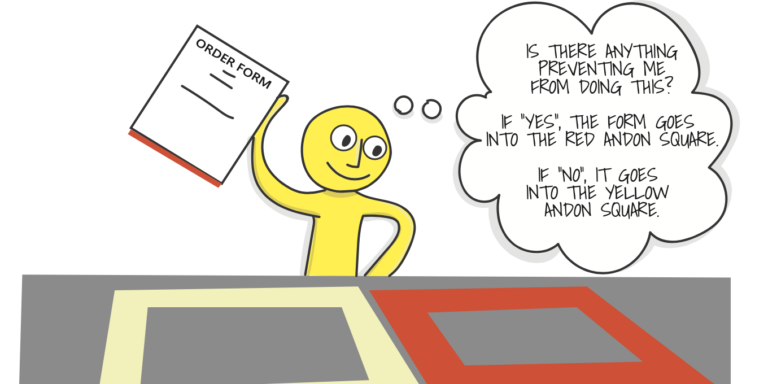 I employed an accountant many years ago to head up the debt collection department in the company I was managing. On paper, she had all the skills and experience required for the role, and she presented herself well at the interview.

As she settled into her position, I was very impressed with her tidiness. Her desk was clean and uncluttered, and she was punctual, pleasant and helpful. (I must confess that I often wished that the person in charge of creditors was as tidy and organized.)

At the beginning of the third month, I started to see that we were not collecting the debts as well as we used to. I had a meeting with her to discuss the issue, and the excuses she gave sounded reasonable. As time went on, I realized that we had a problem. Before one of our scheduled meetings, a letter of resignation came onto my desk. She left the business the following day.

As we tried to catch up on her work, we realized we were in for an unpleasant surprise. She hadn’t done filing or responded to queries in three months. She had just neatly packed away all the paperwork in the bottom drawer of a filing cabinet. So much for a neat and tidy desk! It took a lot of time and effort to catch up.

Now, when I walk through an organization and see that everything is neat and tidy, I ask myself it’s real or just an illusion of efficiency. Without seeing private draws and storage rooms, it is impossible to tell.

During our lean transformation, a similar problem cropped up with the usage of plastic stacked filing trays. Staff members were hiding problems in them – not to purposely deceive but to handle later, when they had time. We all know how much the procrastination monster loves this sort of thinking and how happy it is to help us dig ourselves into a deeper hole.

When looking at a job being done in a factory, on a vehicle or any other physical item, it is relatively easy to see and observe the work. It is much more challenging with paperwork, however, as it is easy to pack a great deal of work in a stacked tray without anybody noticing.

Invoices, queries, estimate requests, and payment advice documentation can just be left in a neatly stacked pile until someone needs the document, which typically instigates a great deal of searching.

During the lean transformation in the administration department of our Service Centre, we had to make the work visible, to see if we were ahead or behind. Failing to do so would have made it impossible to develop flow or identify bottlenecks.

The very design of a stacked tray encourages the piling up of work: it contains a neat space that creates the illusion of efficiency. To move away from this, we had to work on something a little less comfortable.

To understand the process, I sat with a service advisor who had difficulty staying on top of his paperwork. I went through the paperwork with him at his desk. As I asked questions, I recognized that there were only two responses to the documentation on his desk. One is that nothing prevented him from completing the task, and the other was that a senior supervisor had to assist with information or approval.

We cleared all the work off his desk, removed the stacked holders, and using duct tape we taped two squares onto his desktop – a red one and a yellow one. The yellow represented “nothing stopping the work to be done”, while the red signaled a “hindrance to completion of the work”. Yes, I could have used trays, but I wanted to make it uncomfortable and easy to see a pile-up of papers.

The red square Andon response signaled the supervisor that this was a problem requiring assistance: they had to help the service advisor turn red to yellow to complete the task.

We then did this in the entire office, for every desk, and all filing was done centrally into visual holders so that everyone could have access and understand the progress of the work.

Initially, the supervisors were not too happy with the changes, as it put some pressure on them to work through the red squares. After dealing with the initial backlog of problems, however, they realized that:

The service advisors started to understand that:

During the first three months of implementation, I spent a lot of time in this space. I was constantly observing the condition of the squares, especially the squares that belonged to the service advisors, to see how we could help them with their work and the problems that were constantly reaching their desks.

It was not only the Service Centre that gained from this change. As a leader, whenever I walked through this space, I could see how their day was progressing and what was causing problems.

We often think that 5S is all about factories and workshops, but this is an example of 5S in an office, applied to administrative work. Having 5S in this space created a visual management tool that allowed us to see much more than just “clean and tidy”: it allowed us to see the work and how it progressed.

5S supported us in the development of the single-lane flow of documentation within the Service Centre, speeding up the time it took to get the vehicle back to the customer, helping us align to the words at the top of our house. Fixed right, first time, on time.

The development of flow took time and effort, but – looking back – it’s clear to me that it would not have been accomplished without the Andon squares.